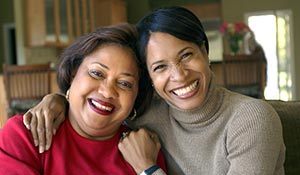 What is Electroconvulsive Therapy?

Electroconvulsive Therapy (ECT) is a modern medical treatment for certain illnesses that have mental or emotional symptoms.  In this treatment, the patient goes to sleep under general anesthesia, receives muscle relaxants and oxygen, and then receives a brief electrical stimulation to the scalp.  The resultant nerve-cell activity releases chemicals in the brain and helps restore normal functioning.

Yes, one that has been used for over 50 years, and ECT has been practiced at Research Psychiatric Center since 1985.  ECT is commonly used to treat:

Medication helps many patients who might otherwise require ECT, but for over 30,000 U.S. patients each year ECT is the most effective treatment.  Some patients do not respond to medications, and others cannot tolerate the side-effects.  There are also those patients whose illness have made them seriously suicidal, and urgently require the reliable symptom relief that ECT can provide.

Who Gives ECT and Where?

ECT is given by a treatment team of doctors, nurses, nursing assistants, and an anesthesiologist.  The treatment is given at Research Psychiatric Center, in a specially-equipped area on an inpatient or outpatient basis.

How is ECT Given?

With the patient reclining, a sleeping medication is administered in a vein and the patient rapidly falls asleep.  A muscle-relaxing medication is then administered, while the patient breathes pure oxygen.  When the patient’s muscles are relaxed, a brief electrical charge is applied to the scalp, simulating the brain into rhythmical activity that lasts about a minute and is accompanied by release of chemicals from nerves in the brain.  Mild contractions of the muscles occur during the “convulsion.”  When it is over, the patient is taken to a recovery area and observed by trained staff until he or she awakens, usually about 20 minutes.

How Many Treatments Are Given and How Often?

What is Required of a Patient’s Support Person?

During and up to two weeks following ECT, the patient should not be left alone until cleared by the physician. The patient should not drive or engage in any other activities that could be dangerous due to disorientation. Because the patient will not be allowed to drive for up to two weeks following their last treatment, they will need assistance getting to and from appointments and treatments.

What are the Benefits of ECT?

What are the Main Side-Effects of ECT?

Is ECT a Frightening Procedure?

The dramatization of ECT in movies like “One Flew Over the Cuckoo’s Nest” bears no resemblance to modern ECT, which is neither painful nor a punishment.  Most patients surveyed after ECT said that is was no worse than going to the dentist, and many found ECT less stressful.

Retrieving location data...
Use my location
Or Use My Location
List Map